Nearly every man will develop some degree of thinning over their lifetime. Even though this is expected, it can have a significant social impact on them in addition to their emotional well-being. 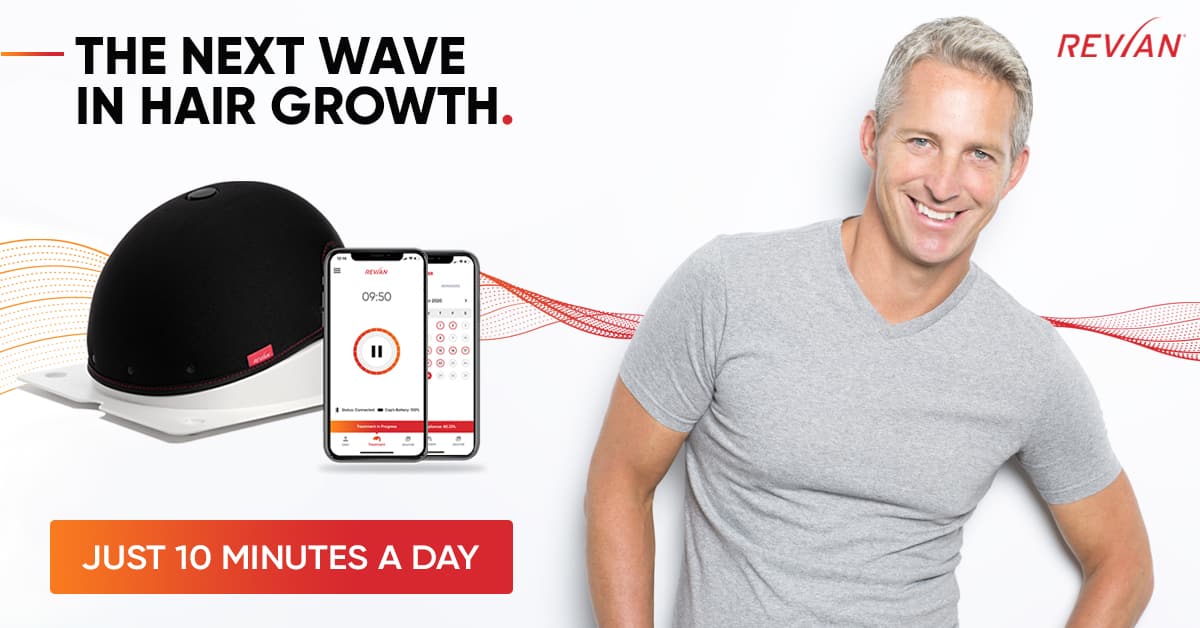 Most men will start seeing hair loss in the temples and thinning over the crown starting in their early 20's or later. For many, this process worsens slowly over time. For others, they progress to complete baldness over the top of the scalp.

There are many possible causes for hair loss in men including: physical or emotional stress, medications, medical problems, and genetics. If one notices any unusual hair loss, it is important to see one's Primary Care Provider or Dermatologist to ensure that there are no underlying causes. If one is undergoing emotional difficulties, seeking the help of a therapist or support group may be helpful.

Androgenic alopecia is a result of the action of normal male sexual hormones, called androgens. These hormones play essential roles in both men and women, including sex drive, sexual regulation, and hair growth. Hair loss results from a shortening of the growth (anagen) phase of the hair growth cycle. With androgenic alopecia, the amount of time that a hair grows (normally 2-5 years on the scalp) shortens more and more, causing a finer, thinner hair--a process called "follicular miniaturization". The super fine hairs that result are called "vellus" hairs or "peach fuzz", in Layman's terms.

Minoxidil (Rogaine) was initially used for high blood pressure, but was found to regrow hair. It is believed that an increase in blood flow to the hair follicles may be responsible for the increased hair growth.  Minoxidil now comes in two strengths: 2% and 5%. In general, the application of 5% minoxidil daily can help for some women. Results take 2 months to appear and peak at around 4-6 months. For most, a trial of 6-12 months is needed. The product is safe and less then one-third will grow new hair while up to 88% will not lose more hair.

Anti-Androgen Therapy: Testosterone when converted to dihydrotestosterone (DHT) is believed to be the main cause of hair loss in androgenic alopecia. By blocking the enzyme that converts testosterone into DHT, we can improve this condition. Finasteride 1mg a day by mouth has been used successfully with minimal side effects and is FDA approved for this use. More recently, dutasteride 0.5mg a day by mouth has been used and has been shown to be slightly more effective than finasteride with a similar side effect profile.

Hair Transplantation: This procedure has been used since the 1950s and has been refined to produce a better result. Most surgeons today perform "follicular unit transplantation", which was first used in the mid-1990s. Results are permanent, although future loss may occur unless one treats the underlying condition as described above.

PRP: Using platelets from one's own blood has been used to simulate hair growth with some success. Results vary greatly from provider to provider and from one technique to the next, but some will experience up to a 25% improvement and sometimes more. You may read more about PRP HERE

LED Light Treatment: Many devices are now used to treat androgenic alopecia, but they are all not the same. To date, there are no contradictions for this treatment and no known drug interactions between LED light treatment and other medications used for hair loss. Some believe that light treatment may complement other treatments, such as PRP. Red lights works by increasing blood flow and decreasing inflammation, but again devices differ greatly in both cost and results. Dual wavelength LED light therapy utilizes more than one wavelength (color) and has shown even better results. The added orange light increases nitric oxide in the skin which slows DHT production. The Revian dual-wavelength system is FDA-approved, has been clinically proven to help regrow hair, and comes with a 6-month money back guarantee.  CLICK HERE TO GET $550 OFF and a free second user: USE SAVINGS CODE: RSBGROWSHAIR